Confessions of a Craftaholic

his weekend I’m finishing up some birthday cards.

I have a party booked this month. Since my parties always come with invitations, I’ve got to make her some. This particular client wanted 25 invitations, so I’m getting going on them, so I can hand them over to her on monday.

You like it? The robot is hand carved, and the cupcake is from a stamp set by Stampin’ Up. Actually, so is the Happy birthday sentiment, but that set is retired.  The background stamp is a stamp by All Night Media.

The stars I actually have had for years. And the happy birthday cloud was my husband’s idea. I inked the sides, to make it more interesting.

Well, I hope she likes it!

I finished another project a couple days ago, and just found the pics, so I’ll be blogging about that soon, too.

Day 308: A Sunny Patch of Sunflowers

“If the basic human nature was aggressive, we would have been born with animal claws and huge teeth.”

This reminds me of the quote from the sixties, “Make love, not war”. It’s true. Rather than respond with hostility and anger, we should respond with peace.

We shouldn’t allow our peace to be waivered by the happenings of our everyday life.

Today, I made a set of cards for a swap I’m in. 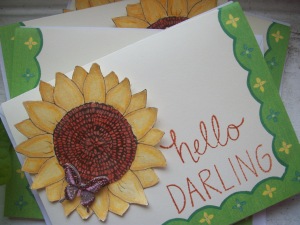 Do you like it? It’s for a sunflower card swap. I made a set of four, two for each partner.

I also started a necklace for a swap I’m in.

I love it so far! I have a glass tile that’s going to be the pendant. I saw a similar necklace on “Prue” from Charmed, and had to make a similar one.

It’s too hot here in NYC. Oh, and I went to the doctor and found out what’s wrong with my lady parts. So it turns out it’s nothing bad, but I can’t tell you for a bit. I’ll keep you in suspense, then till you in say…6 more weeks. That’s the only hint I’m giving, so don’t ask me.

“To renounce the world means to give up your attachment to it. It does not mean that you have to separate yourself from it.”

Growing up in the pentecostal church, I heard about this quite a bit. The christian faith teaches renouncing the temptations of the flesh, in order to gain a higher spiritual perspective.  The Buddhist faith teaches the same thing. Perhaps this is because the Buddha came 500 years before Jesus did. Who knows.

You can of course, do this in any faith. Or no faith (whatever your pleasure, really). Giving up your attachment to worldly goods, just means you won’t be dissapointed when you realize you must take public transportation, or that you’re going to live in your shitty apartment a little while longer. It means appreciating that you have a job, rather than hate that you aren’t doing what you love full time. Appreciate what you have. And stop putting yourself and your being into the things you own. You can’t take them with you, when you pass away. You only bring yourself.

Today was a quick craft project, because my little one wants us to go to chinatown. So I made a set of cards. I am actually working on some cards, for a portfolio for my my Craftivity Parties. One thing I offer, is a set of handmade cards. So I figured it’d be nice to have a selection for the person to choose from. So I’m working on that.

Here’s the cards I made today: 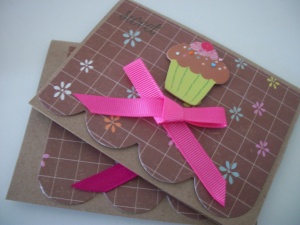 Well, I must go now. Off to chinatown!

‘Love, compassion, and forgiveness—these are the things I preach.”

I’ll keep today’s post a bit short because as I said yesterday, I am feeling under the weather. It’s nothing, really. I just have a cold, but for some reason it has completely taken my energy away!

Suffice to say, that the three things aformentioned are probably what will make your life go easier, and will bring you to the road of success-not just materialistically, but spiritually as well.

Today, I did two things. First, I went to a friend’s meetup group, particularly because my good friend Yoshi was going, and I hadn’t seen her in a long time. Plus, it’s nice to go to someone else’s workshop, where everything’s all set out for you, and all you have to do is create.

She had a pattern, but I didn’t go by it, of course because I NEVER do. ADD, and all that.

Here’s what I ended up with:

I used a stamp by Inkadinkado, and an embossing folder by Tim Holtz. The lady who ran the card class is a Tim Holtz nut, so she had lots of his products.

That’s Yoshi and her daughter. I won’t post a picture of the class leader because I caught her off guard, and that just wouldn’t be nice. 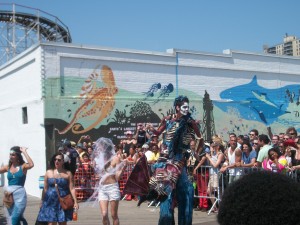 Cool, right? If you’ve never been, you should go. It’s hot, sticky and crowded, but if it’s your first time, it’s so worth it.

“Your work is to discover your world and then with all your heart give yourself to it.”

Today, I made a COOL set of cards.

This one says, “Quirky”.

Recognize the flowers? These are from my shop, on etsy. These cards are cool, right? They almost look like leather, I think.

Oh! And here’s the finished book, from the class I taught yesterday.

Hmmm. What else? Well, I finished my cowl, also.

Making this cowl is quite simple. Just cast on about 25 or 30 stitches, and do a stockinette stitch until your skein is almost finished. You only need to leave enough to sew up the seam together.

I don’t know why this even needs a pattern, really.

I used Paton’s Divine yarn, with size 17 needles. I use big needles a lot because I have carpal tunnels syndrome and just flat out refuse to stop knitting. Who cares dammit, a girl’s got to knit. Right? So I don’t do much crochet anymore because it hurts too much, but knitting is fine if I use big enough needles.

OH! I named this the Pink Widow Cowl, after my sister in law, Grey Widow. The first time I ever saw a cowl was on her, and it was a similar style to this one, only it was crocheted.

“An idea that is developed and put into action is more important than an idea that exists only as an idea.”

ACTION, people. That’s what this is about. Right? We accomplish more by actually following what comes naturally to us, and that which we are passionate about, then by simply talking about it and dreaming about it. Take a step towards yourself. This means you must actually believe in yourself, so that you CAN go forth and accomplish your goals, rather than spend years day dreaming, which is what I did for years, before realizing: actions speak louder than words.

Today, I made a pair of shrink plastic earrings. 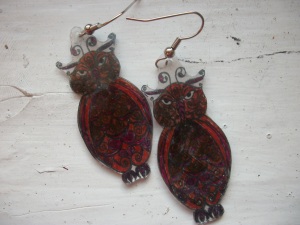 You know how much I love owls. I don’t know, I just don’t get tired of them. In some strange way, having owl images around me…it almost comforts me in a way. You know? It’s weird, I know.

What else? I made some cards for a swap I have coming up. The swap is for a set of five buddha themed cards and matching journal. I made the cards today. 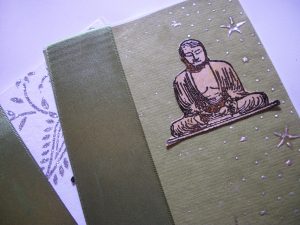 I love how the Buddha looks like he’s in the stars. I just used some pretty papers that I got in a pack, at Dick Blick. I got the ribbon there, too. The stamp is from my collection of nameless stamps. I can’t remember who makes it, but I can tell you that there are few buddha stamp makers out there, so it shouldn’t be that hard to find.

I sprayed him with a bit of glimmer mist, some green and some brown, to give him a bit of color.

I am making tortilla soup for dinner today. When I started making it, it was raining. Then when it was finished, the sun had come out. Strange.

“Our spiritual needs are still great.” What does this mean? We are still beings that need spirituality. For some of us, this is obvious. Others of us, we tend t think that we can go on with life without any sort of help, or belief in something higher than ourselves. We don’t have to be fanatics. Just believe in something higher than yourself.
Today’s crafty endeavor was so much fun to make! It’s a mennonite foldnote! This is a method of cardmaking where the envelope is made by folding the paper a certain way. Then the envelope becomes the card. But I of course, am making a variation on this old, traditional cardmaking method. You’re going to need a regular sized scrapbook page first, for the envelope.
Follow the pics below, to see just how to fold the paper:

After that, you’ll cut another piece of cardstock weight scrapbook paper, to make your card.

Cut the WIDTH of what will fit in the envelope, so that you have a strip of cardstock the same width as your envelope. Then, fold it in three sections.
Now, just decorate the envelope and card to your desire!

Inside the envelope, I stamped an image of a pretty bird, along with some little flowers. Black ink is fine.

Outside, I used some sentiments (K & Co, I think). Stickers, and simple embellishments work nicely on the outside of the envelope.

I used some scrapbook paper from Target, and cut it up, to make a pretty border inside the envelope, and inside the card. You can cut some hearts from some contrasting paper. I drew them freehand, but you can use a cricuit or big shot.

Then I attached a cute brad and some ribbon, to keep the card closed.

To keep the envelope closed, I used a letter L sticker from Target’s own scrapbook brand.
That’s all folks! It’s easy peasy.
Like it?
The Craftaholic
Leave a comment